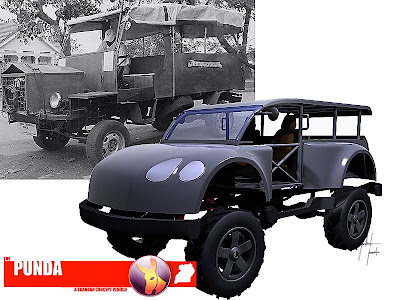 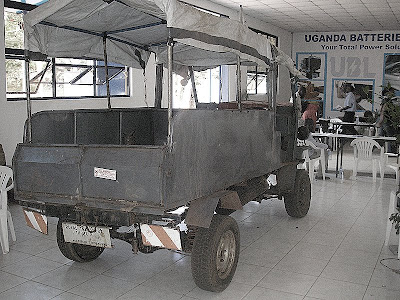 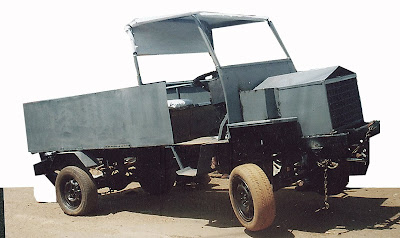 After several false starts, the first “made in Uganda” vehicle dubbed Punda 1, made its maiden road test recently to the amazement and interestingly, amusement of onlookers. The rickety three-passenger vehicle with a carriage is the work of a resiliently patient lecturer, Eng. Samuel Semulimi, of Kampala Polytechnic Institute in Mengo who confesses holding a childhood dream of making a car.

Eng. Semulimi told Smart Money that the vehicle has been undergoing construction since 2006 with support from the government, Makerere University Faculty of Technology and the Private Sector Foundation Uganda.

After more than two years of workshop activity, Punda 1 that gets its name from the Swahili word for donkey, made an unlikely emergence for a three-hour road testing with Eng. Semulimi at the steering wheel driving from Victor Machinery Ltd in Katwe into the city center.

Eng. Semulimi said the vehicle has been made from locally sourced materials –making up 75 per cent - including scrap metals metals. “The cabin tray was made using mild steel plates, hollow section pipes while the chassis was made using tubular sections, h-angles, steel bushes, bolt and nuts, flat bars among others that can be got from steel manufacturing companies like roofings, steel rolling mills, Hardware World and others,” he said. He said the vehicle has reached a point where he wants other partners to help him develop it further for commercial production.

“The vehicle would be ready for commercial production when various stakeholders pattern with me to develop it [vehicle] further,” he said as he drove.

Eng. Semulimi’s vision is to make a vehicle cheap enough and useable by rural folks such as farmers. And to state that vision, he conveniently inscribed the words; “Rural Transport Vehicle” in place of the registration number.

As it journeyed through the city bystanders including traffic police marvelled and laughed, and occasionally joked about its viability and looks. Eng. Semulimi refused to be drawn into the roadside jokes.

“The vehicle is easy to sustain. It can easily be maintained by most Ugandans especially those in rural areas who want carrier cars because of its simple technology,” he said unwaveringly. He said after extensive research from 1998, he found out that most economical cars in Uganda use about one litre of fuel for every 10 to 12 kilometers.

The Punda 1, he claimed, would use about half that fuel for the same distance or better still achieve up to 25 kilometers per litre of fuel, compared to the 10 kilometres most saloon cars on Ugandan roads achieve on average. Eng. Semulimi who is the director of Victor Machinery Ltd said he employed just five semi-skilled artisans; crafts men, metal fitters and a welder to construct Punda 1.

Victor Machinery also makes other vehicles products and services like car batteries, agriculture machineries, metal fabrications and electrical installation among others. For now though, the vehicle is to undergo mechanical scrutiny by various standards departments and agencies.

First, is a requirement of a mechanical audit by the Ministry of Works and the Uganda National Bureau of Standards.

“Let him write a letter officially to enable us inspect the car and give him a mechanical audit,” an official at the Ministry of Works only identified as Omara told Smart Money.

UNBS publicist Moses Sebunya said they cannot certify such a product because they do not have any set of minimum standards for vehicles made in Uganda.

“We even don’t have machines to test the car quality, we cannot certify it,” Mr Sebunya said.

On a more positive side, the Principal industrial Officer at the Ministry of Trade and Tourism, Mr Joshua Mutambi said the ministry would be willing to support such an innovative Ugandan. He said the ministry has plans of constructing an industrial center in Luzira to bring under one roof such people and easily provide them with necessary machines to boost their innovations. “The place would help the engineers get machines they couldn’t access to improve their products,” he said. He said the government would sponsor Eng. Semulimi to display his vehicle in various exhibitions in various countries to get possible partners.

Late 2008 a new development team together with Eng. Semulimi have come together to see the project develop into a production ready vehicle, namely the Punda 2.