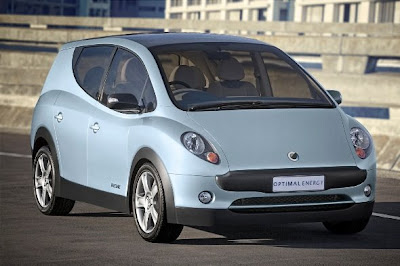 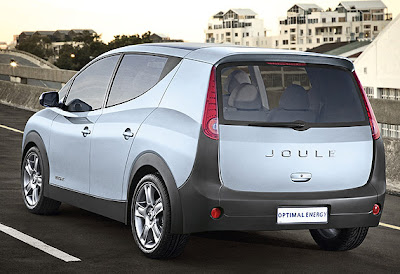 Designed by Optimal Energy in association with legendary South African born automotive designer, Keith Helfet, the ultra sleek Joule is scheduled to make its global debut at the Paris Motor Show this month.

"The world's finite energy sources are being used inefficiently and urban transport plays a major role in energy wastage and climate changing pollution," says CEO of Optimal Energy Kobus Meiring.
SA Good News
"Joule is Optimal Energy's solution to change that. We have capitalised on the opportunity presented by the exponential increase in oil costs and the dramatic improvement in battery price, life and performance."

Joule's interior and exterior was styled by Keith Helfet who has a long and illustrious history as chief stylist at Jaguar and, who was responsible for such iconic designs as the XJ220, the XK180 and the F-Type.

"Optimal Energy was searching for a world class designer, the fact that Keith is South African born and has strong South African roots matched our criteria perfectly," says Meiring.

Joule's chassis has been designed to accommodate two large-cell lithium ion battery packs which employ chemistry similar to that used in mobile phones and laptop computers. This chemistry is inherently safe; lithium is found in many medicinal applications and the batteries do not contain any heavy metals.

Using a normal 220 Volt home outlet and Joule's onboard charger, it will take approximately seven hours to recharge Joule's battery for a 200km driving range, with two packs providing 400km in total.

Eskom, the country's sole electricity provider, has confirmed that the South African grid has enough capacity to supply electrical energy to millions of cars without affecting its customer base or requiring any additional infrastructure. Eskom has vast amounts of excess energy between 11 PM and 6 AM (GMT +2); this will be the recommended recharging time. Electric cars only require about 20 percent of the energy that conventional cars require; this means that the total emissions are much less, even if Eskom's coal dominated electricity is used. With the global trend of electricity generation becoming more renewable and cleaner, total emissions caused by electric cars will continue to shrink.

The South African Province of Gauteng is currently being evaluated for Joule's first assembly plant. Joule will be sold in Gauteng, Cape Town and Durban and will be available towards the end of 2010. Joule was developed for the international market and sales and exports will follow shortly after the South African launch.
on April 06, 2009
Email ThisBlogThis!Share to TwitterShare to FacebookShare to Pinterest
Newer Post Older Post Home