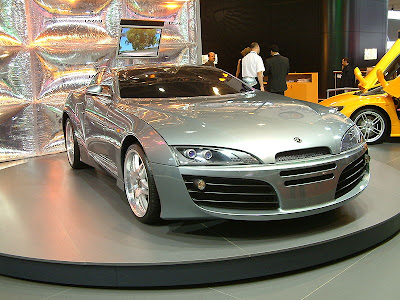 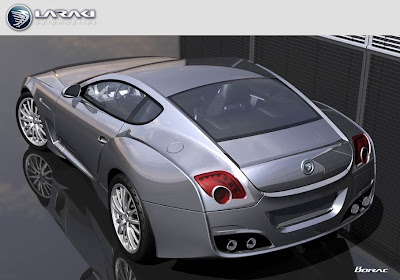 (Morocco)Manufactured by the Laraki group.

It was originally unveiled as a concept at the 2005 Geneva Motor Show. The car is planned for production, although a final design has yet to be unveiled.

The design of the Borac is that of a GT, with a front engine layout and seats 4 passengers. The 2 rear seats are small, probably for children instead of adults. The Borac is a totally independant design from the companies first model the Fulgura.