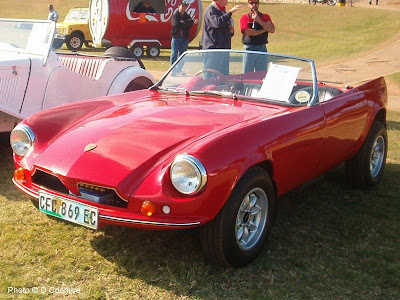 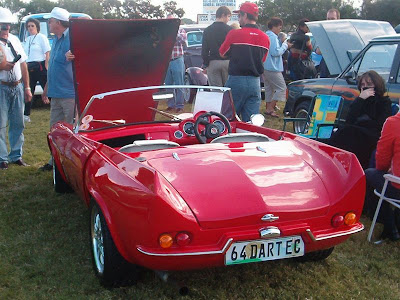 Bob van Niekerk, Willie Meissner and Vester de Wit conceived and designed this car during 1956. The Dart was its name and it proved to be almost unbeatable in South Africa as well as various racing circuits in Europe.

In England the Dart was produced as the Delta.

Some 116 Darts were built in S.A. and.... over 60 Deltas in the U.K, some of which have surfaced lately in Canada.
on April 02, 2009
Email ThisBlogThis!Share to TwitterShare to FacebookShare to Pinterest
Newer Post Home