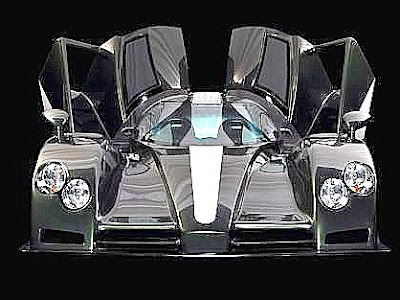 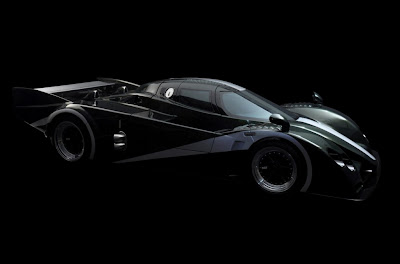 
It's been over 50 years since South Africa has produced a home-bred supercar. This is excluding the Shelby Cobras and Noble cars assembled in that country but basically originating from elsewhere. A chap by the name of Chris Barnard wants to change all that by introducing a car he simply calls the Barnard.

The Barnard is powered by a twin-turbo Porsche V8 engine with a power rating of 617bhp (460kW). It should deliver a sub-4 second 0 - 60mph time and a theoretical top speed of over 240mph (386km/h). Only the driver really holds those horses back because the Barnard is missing some equipment namely power steering, ABS brakes and traction control. Even the windows require manual manpower to operate. It's a contrast to the cockpit which is inspired by one of Barnard's other interests, aviation.

Built on a monocoque chassis that's made from lightweight hi-tech steels like Domex and Docol, the car is more race road car than anything else. It's designed to accommodate buyers' interests and can be personalised to a great extent, depending on budgets offered. The engine itself can be uprated to suit the buyer's desires.

"This is a car which has been built with the objective of breaking barriers, and no expense has been spared to make it into what I believe is the most single-minded performance machine yet from South Africa," Barnard said.

To help keep it on the road are things like a rear diffuser, a flat undertray and cutouts on the front wheel arches that generate larges doses of downforce.

Customer deliveries of the Barnard will begin in the middle of the year at a cost of about R1.1 million (about US$110,000) a pop.