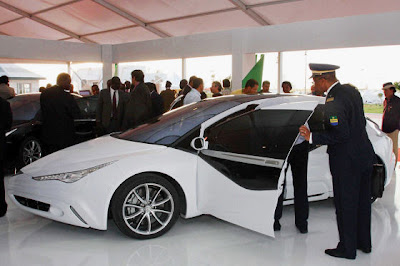 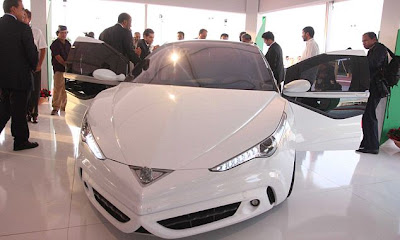 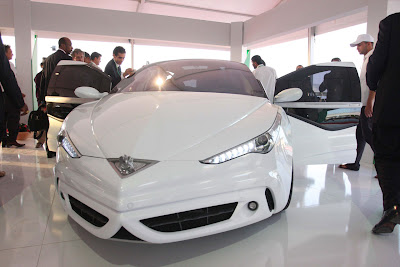 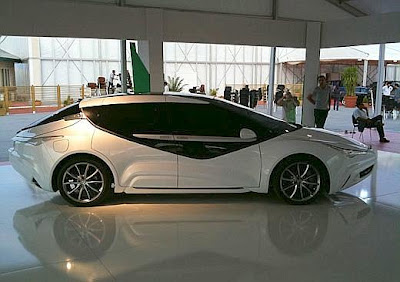 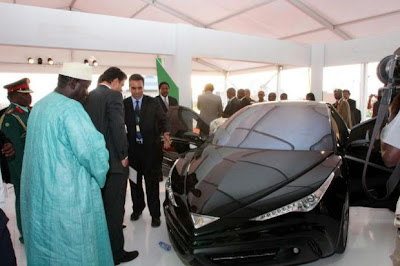 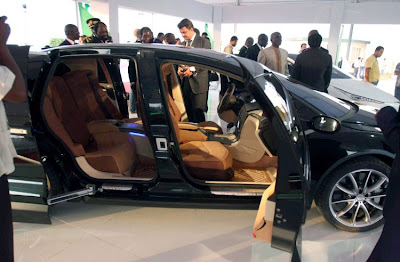 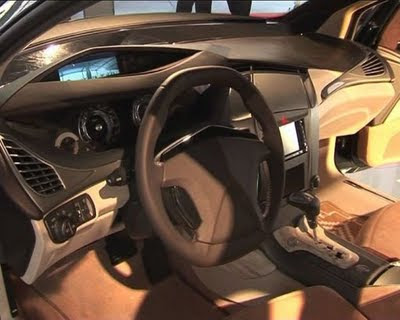 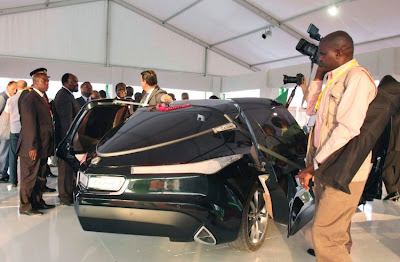 Here is the 2009 version of Muammar Gaddafis "Saroukh el-Jamahiriya (Libyan Rocket)" a car which made its debut in 1999, exactly 10 years ago.

The “Libyan Rocket”, as the prototype is called, is described as an “elegant sedan” 17 feet long, more than six feet wide, with a 3-liter, V-6 gasoline engine.

According to the BBC and Fox News, it also has airbags, an unspecified ‘electronic defense system’, and a collapsible bumper.

The car can go hundreds of miles on a flat tire, a feature that could come in handy while driving in the vast Libyan desert. Other safety features include a device to cut off the fuel supply to avoid a fire in case of accident.

Domenico Morali, CEO of Tesco TS SpA, an automotive design company based in Turin, Italy, said Qaddafi joined in discussions about the car’s styling and asked for an original car using Libyan materials including marble, leather and fabric.

The car was unveiled in Tripoli at the end of an African Union summit.

According to the BBC, construction of a factory to produce the car was to have began in October 2009 in Tripoli. (ANI)