The Revo (off road champion) 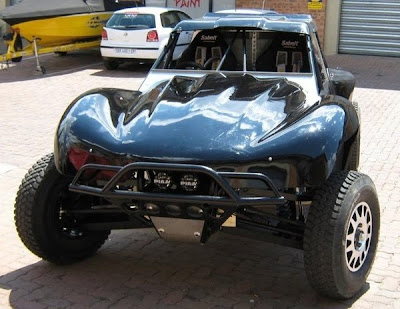 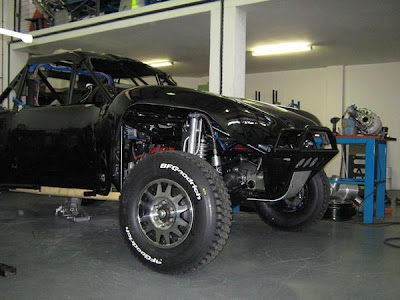 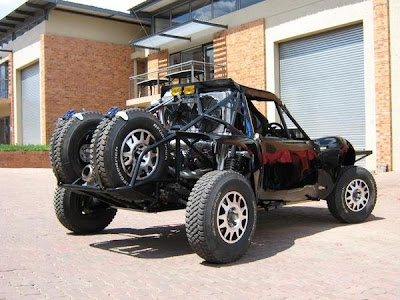 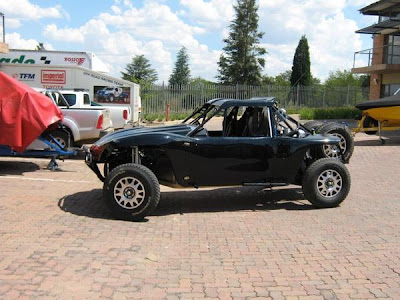 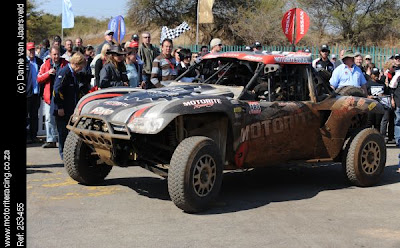 The South African built Revo is a perfect example of true innovation at it's finest.
It was built by, Achim Bergmann of Thompson Racing, for the Motorite Racing team.

The car is of a space frame construction with a fiberglass body. Tubing is 4130 cro-moly and uses a LS2 6l V8 engine coupled to a Sadev SC90 six speed sequential.

Shocks are American Radflo with secondary pistons in the coil-overs and an external bypass shock per corner. Wheel travel 300mm all round. A Works Bell Paddle Shifter NEO Universal is used to trigger up and down shifts controlled by a Motec M800.

A custom made dust seal was used to seal the paddle shifter from the extreme dust and moisture conditions encountered in off road racing. Up shift cuts ignition and pneumatically selects gear, down shift activates a pneumatic clutch, blips throttle and selects gear.. works very well.

This is Africa's first serious attempt at four-wheel drive Class A Special Vehicle. Power comes from an American built 500hp 6-litre engine and is delivered to all four BF Goodrich tyres via a 6-speed gearbox. Despite a serious air restrictor fitted to keep it in line with the other Class A entries it pulls strongly.

With so much torque on hand, ratios can be kept short but top speed is slightly limited when compared to some of the past competitors. A top speed of just over 180km/h is calculated, which might appear slow but trust me when you doing that off road and approaching a metre deep rut it is insanely fast.
on August 20, 2009
Email ThisBlogThis!Share to TwitterShare to FacebookShare to Pinterest
Newer Post Older Post Home