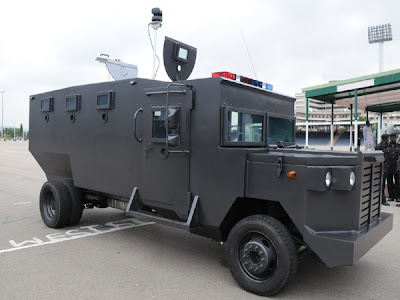 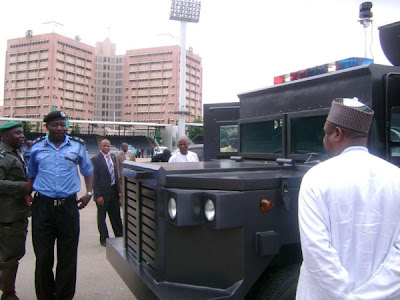 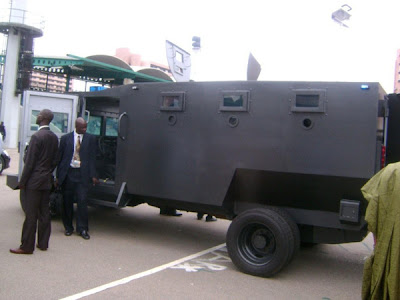 A Nigerian made armoured car was on Thursday launched by President in this month of August 2009 at the eagle square in Abuja.

It is the first home made armoured car, with most of the materials used in its production sourced locally, while others were imported.

It was built by two Nigerian brothers who recently relocated from the United States of America. The brothers; Victor and Johnson Obasa, came back home to use their talent to boost security and also create employment in the country.

The brothers are based in Ekiti State and the duo own a company named Mobile Truck Technology where they nurtured and built the first Nigerian armoured car.

According to Johnson Obasa, the local production of the armoured car would help in upgrading the nation's security status. "It will promote up to 50 percent security in the country, it is something to protect the armoured personnel in their line of duty and it can work anywhere. It is designed to help the nation's security; we also did it to create employment," he said.

Also, Victor Obasa in a conversation with the press stated that they were in a better position to create this kind of cars since they are in Nigeria and understand the Nigerian terrain.

The truck which was tested with different kinds of ammunition, from a far range had little or no mark left on it, but from a close range left peripheral marks.

On how they created such a truck with products from Nigeria, Johnson said: "It's been a little bit of up and down's. When we encountered some challenges, the Senate president encouraged us and at the end of the day we were able to put this together."

The other brother Victor pledged that they would produce a vehicle carrier that would meet international standard at a reasonable price.

The Minister of Federal Capital Territory, Adamu Aliero who represented the president at the launch said it was commendable that Nigerians with talents will come home and contribute to the nation's development.

He disclosed that the President had directed the Inspector General of Police to meet the fabricators on what they required to produce the vehicle to specification.

He also called on Nigerians within and outside the country with such talents to come out and contribute to the development of their country.

Present at the event to inspect the vehicle were top police officers and the Minister for science amd Technology, Al-Hassan Zaku who said the ministry would send a team of engineers to the base where the truck was fabricated to further examine the product.

"We will examine it thoroughly and work with the police to ensure that it is properly produced to the standard they want," he said.