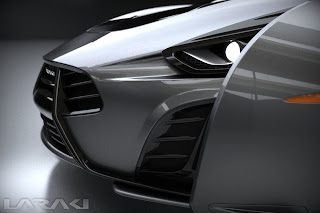 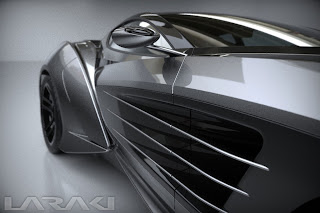 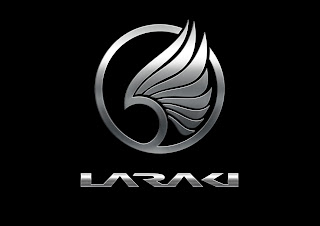 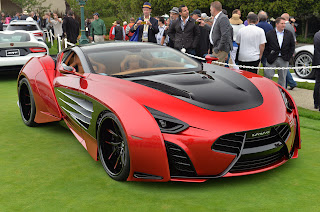 The Epitome is Laraki’s extreme, yet elegant interpretation of the mid front engine hypercar theme. Designed and built by Laraki Designs, in California, Epitome is aggressive, muscular and fearless, but still inviting. She is all about proportion, play of light, shapes and unusual surface treatment that finally work in harmony, to give her the unique character and stance she enjoys.
At a glance, one immediately knows the kind of performance Epitome is capable of. The hypercar uses carbon fiber and aluminum extensively, for their mechanical and light weight properties. The result is a 1400 Kg performer, powered by a 1100 hp quad turbo, 7 liter V8 engine. And there you have it, the universal formula for extraordinary cars. Light weight and high power. Nevertheless, the chassis and suspension are at the state of the art, to ensure unmatched performance.
More than a hypercar, the Laraki Epitome is a work of art, as it triggers one’s deepest emotions and senses. Even the smallest detail was created in that perspective. Components such as the side mirrors, the doors, the hood, the air ducts and other parts were given the highest attention to their esthetics, that they could be considered works of art in their own right.
Only a handful Epitomes will be ever made, for the world to appreciate and exclusive owners to enjoy.

A pure dream turned into reality. More is more. Be it the price, the size, the horse power its alright. Elegance is a state of being. Take it as you will, Laraki is the bold statement from a Moroccan Yacht and car designer.

African Automotive design is a rhetoric that observes and identifies syllables that echo Africa's rich heritage.