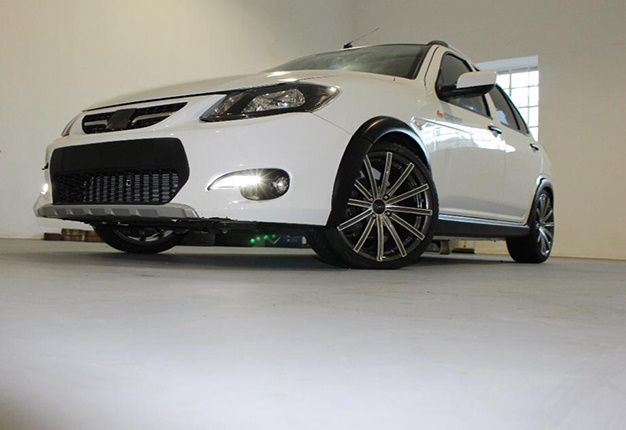 News from South Africa on the official launch of a new African car brand.

Mureza, which describes itself as a “new African car brand”, says its first product for South Africa will debut later in September 2019.


The first model will be badged “Prim8” and will take the form of a cross-hatchback assembled initially from semi-knocked down (SKD) kits in the Automotive Supplier Park in Rosslyn, and later at the Willowvale assembly plant in Zimbabwe as well as the ex-Hyundai plant in Botswana.


The new model will make its debut at Automechanika Johannesburg in prototype form. The unit in question has been converted from left-hand drive to right-hand drive locally, but Mureza says the future SKD and completely knocked down (CKD) kits will be “set up for right-hand drive”.

Power for the Prim8 comes from a 1,5-litre petrol engine developing 87 kW and driving the front wheels through either a five-speed manual or a continuously variable transmission (CVT). The target, says the new company, is to offer the best-equipped version of the new model at “between R180 000 and R200 000”.


Mureza says it also plans to build a half-tonne bakkie (finally some sort of competition for the Nissan NP200?), a sedan, a small SUV and even an electric vehicle. Thereafter, the company wants to locally develop a range of one-tonne bakkies and a panel van under the “Tusker” name.

So, what do we know about Mureza? Well, the new business is backed by funders in the United Arab Emirates. It says it “initially has a joint venture” with the SAIPA Group in Iran for “platform-sharing and the supply of some of the other major components”, although adds its “ultimate objective is to design and manufacture vehicles in Africa for African drivers”.


The initial local content target is 40 percent with “significant increases in the short to medium term”, according to Tatenda Mungofa, describes as “one of a group of Africans from various countries who are driving this ambitious project”.

Mungofa says there is a void between the new vehicles and used vehicles currently sold in African countries and says this is the gap his team hopes to fill. Interestingly, Mungofa said the company was “looking to sell our various Mureza models through used vehicle outlets instead of setting up new car franchised dealerships”, before adding “online selling will be important for us, too".