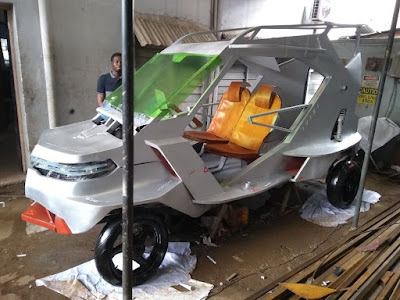 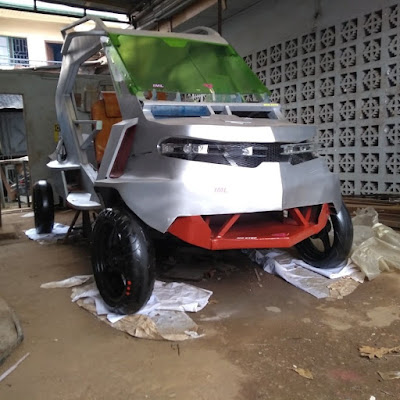 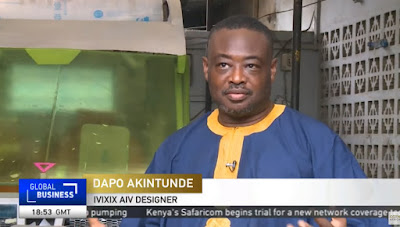 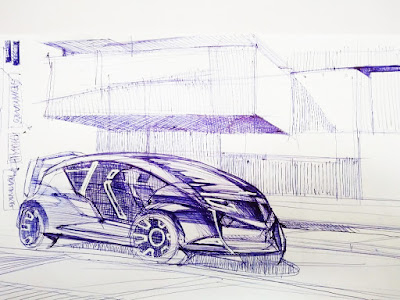 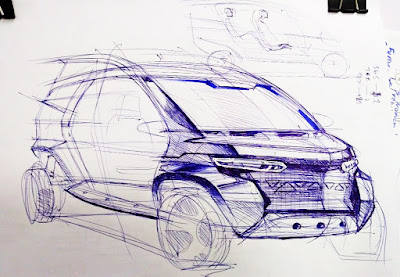 Defined by the creator of the concept vehicle, Adedapo Paul Akintunde.

The whole purpose of the ivixi car is for us to grow the tech that will serve us. The project as you know, will influence all the other creative 2d/3d disciplines. As you know, the ivixi car has certain quirks about it that stem from here, but like Yoruba and broken in afrobeat music, will later be imbibed and mimicked by a global audience, as the 'quirks' they are, and will add spice to a prosaic existence. Which was what I was hitting at when I was expressing that this design isn't a Ferrari!

The ivixi car project is already being embraced by our local audience, which was the whole purpose: also like afrobeat, we don't really give a hoot whether any oyinbo or Indian or another foreigner sees it or not. It is sophisticated enough in terms of line and surface to be 21st century automotive design, but also local enough in it's functional positioning to be strictly regional, and the detailing on various iterations will underscore this fact.

I'm very careful to keep the drawings within what can be manufactured with the resources at Azuka's factory to keep the authenticity of ownership to that location: when we expand, we will have established that control by that very device of location and situational intelligence. The protection of its authenticity remains what ingredients make it an ivixi car, so punters will be quick to point out potential fakes.

Egusi soup is eaten in a soup bowl and is a 'soup'- but to its user it cannot be drank and isn't normally accompanied by any sort of bread, but that doesn't affect it's self confidence against tomato or chicken soup. Egusi is resplendent against amala, iyan, eba, semo and many other okeles. No English names for egusi soup and okeles, and no English substitutes for these amazing super foods. No need to count their calories even.
Egusi soup is supreme.

The vehicle type we've achieved is just like egusi soup. It isn't a jeep neither is it a sports utility vehicle. It is a car as far as egusi is a soup. It carries people from a-b just like egusi satisfies appetites. However, like egusi, it doesn't go well with bread- as in everyday operations. It is a multipurpose vehicle in that it caters for the Nigerian culture as where it's at, and thus becomes an instrument of the Nigerian advancement story. How is it so?
Apart from the obvious a-b functions, it is the Mallam store, the farmer's utility van, and the soldier's accompaniment to victory. It is the vehicle that Taoreed the welder made, so Mufutau the other welder can fix. It doesn't have any fancy surface transitions, neither can it easily be disfigured by jealousy or negligence of varying degrees.  It is tall for protection against its light weight composition, and to prevent death by going under a trailer, or being flattened by one,(gives you a few seconds to escape) but it's centre of gravity is placed very low to prevent any sort of tumbling. It will provide an additional inverter capacity to supply its owner with electricity when that scarce resource is withheld by the ogas that own it, and it will provide illumination to protect it's owner against neighborhood darkness. It also contributes massively to Nigerian advancement by being the vehicle that Taoreed has made, thus removing sole reliance from Toyota and the current Chinese suppliers, further imbuing the confidence to surge ahead and expand the production to various mutations and hybrids.
Courtesy of
Adedapo Paul Akintunde
Https://youtu.be/zxRVY39jZus
https://youtu.be/PSqOqqgxtBM
Https://youtu.be/nHgkmAp5TOY